Nekton is a not-for-profit research foundation and a UK registered charity established to accelerate the scientific exploration and protection of the ocean.

Only 8% of the ocean is in any kind of designated marine protected area (MPA), including 5% in implemented MPAs, and only 2.5% is in fully or highly protected, implemented MPAs (source: Marine Conservation Institute, MPA Atlas).

'Nekton' is a zoological noun describing aquatic animals that can swim against or independently of a current.

Nekton is established as UK charity with a founding grant from XL Catlin and then Garfield Weston Foundation. Founded by journalist Oliver Steeds, Professor Alex Rogers joins as Science Director and Nekton begins collaboration with University of Oxford.

Lionfish Invasion of the depths revealed

Two years in development with the University of Oxford, OcToPUS (The Ocean Tool for Public Understanding of Science) is launched as the world’s first open-sourced, global ocean data portal providing a single source to freely access historical and current global marine data.

Narrated by Captain Don Walsh, a unique 360-VR film revealing the story of the journey 7 miles down to full ocean depth. In 1960 Walsh and Jacques Picard became the first to descend to Challenger Deep - codenamed ‘Project Nekton’.

Sky Plc launch major initiative to raise awareness of ocean plastic – citing their coverage of, and participation in Nekton’s mission in Bermuda – including on ocean plastics - as the spark.

Recorded during the Bermuda Mission and curated as a multi-screen VR experience, audiences at the European City of Culture 2017 experience life beneath the waves.

The leading luxury travel company in North America, Kensington Tours commits to long-term support of Nekton’s operations and the next series of Missions. The mission’s submersible to be named Kensington Deep.

Discovery of the Rariphotic Zone - the Rare Light Zone – in depths from 130m to 300m is confirmed in the waters around Bermuda. Over 100 new species discovered. Reported as ‘one of the largest new ecosystems found in the world in decades’.

Omega announce their multi-year support and partnership to undertake a series of missions to explore and conserve the world’s most unknown and least protected ocean, the Indian Ocean. The mission’s submersible to be named Omega Seamaster II. Mission details.

In partnership with the Flotilla Foundation, Scott Polar Research Institute, Nelson Mandela University, University of Cape Town and the University of Canterbury – deploying AUVs and ROVs to investigate life beneath the ice and the potential implications of climate change. Mission details.

The Government of Bermuda commit to protecting 20% of their ocean territory. Nekton’s mission – XL Catlin Deep Ocean Survey – credited as galvanising force for public and political support for the new ocean management initiative. The datasets are critical for marine spatial planning, designation of protected areas and management.

To support the Government’s commitments to protect 30% of the their ocean (over 400,000 km2) and TNC’s marine spatial planning work, the Mission systematically gathers the first data beneath 30 metres across 7 major sites in Seychelles. By the numbers: 10 Seychellois scientists, 2300 nautical miles, 21 research tools, team from 14 nations, 21 research technologies, 6 new technologies and system developed, 300+ science deployments, 1200+ biological samples, 20 TB of ocean data.

First Descent: Live is broadcast from the Mission’s submersible deep beneath the waves to global audiences by Associated Press. Deep Ocean Live with Sky is the first live subsea documentary series and newscasts broadcasting 7 hours live, over 3 days from the Nekton’s mission to an audience of 110 million in 120 nations.

President Danny Faure calls on the world to protect the world’s ocean from under the ocean in a Nekton submersible. It becomes the biggest news of the day globally.

600,000 students engaged across 16 nations with live links and educational broadcasts from the Mission.

The first Seychellois scientists begin Fellowships at the University of Oxford – in partnership with Seychelles Conservation and Climate Adaptation Trust (SeyCCAT) and the Africa Oxford Initiative (AfOx).

Maldives announce commitment to ocean protection and next Nekton mission

President of Maldives announces commitment to protecting at least 20% of their ocean and undertaking the next Nekton mission to focus on a series of critical seamounts to inform marine spatial planning and sustainable fisheries management.

In partnership with Boat International, Yachts for Science is launched to match marine scientists with private vessels to undertake field research. Further details.

Seychelles announce 30% protection of its waters

Data from First Descent: Seychelles mission supports the Government of Seychelles and TNC's Marine Spatial Plan and their designation of protected areas and ongoing management.

With the Governments of Seychelles and Maldives, joint mission to develop regional scientific and ocean governance cooperation is announced to research and protect a series of key seamounts and inform the protection and management of 630,000km2of ocean. Mission details.

To mark Omega's partnership with Nekton, we jointly launch the OMEGA Seamaster Diver 300M Nekton Edition: a dive watch on a mission to save the seas. The unique timepiece includes an engraving of the Seamaster II submersible on the back that is deployed during First Descent missions. 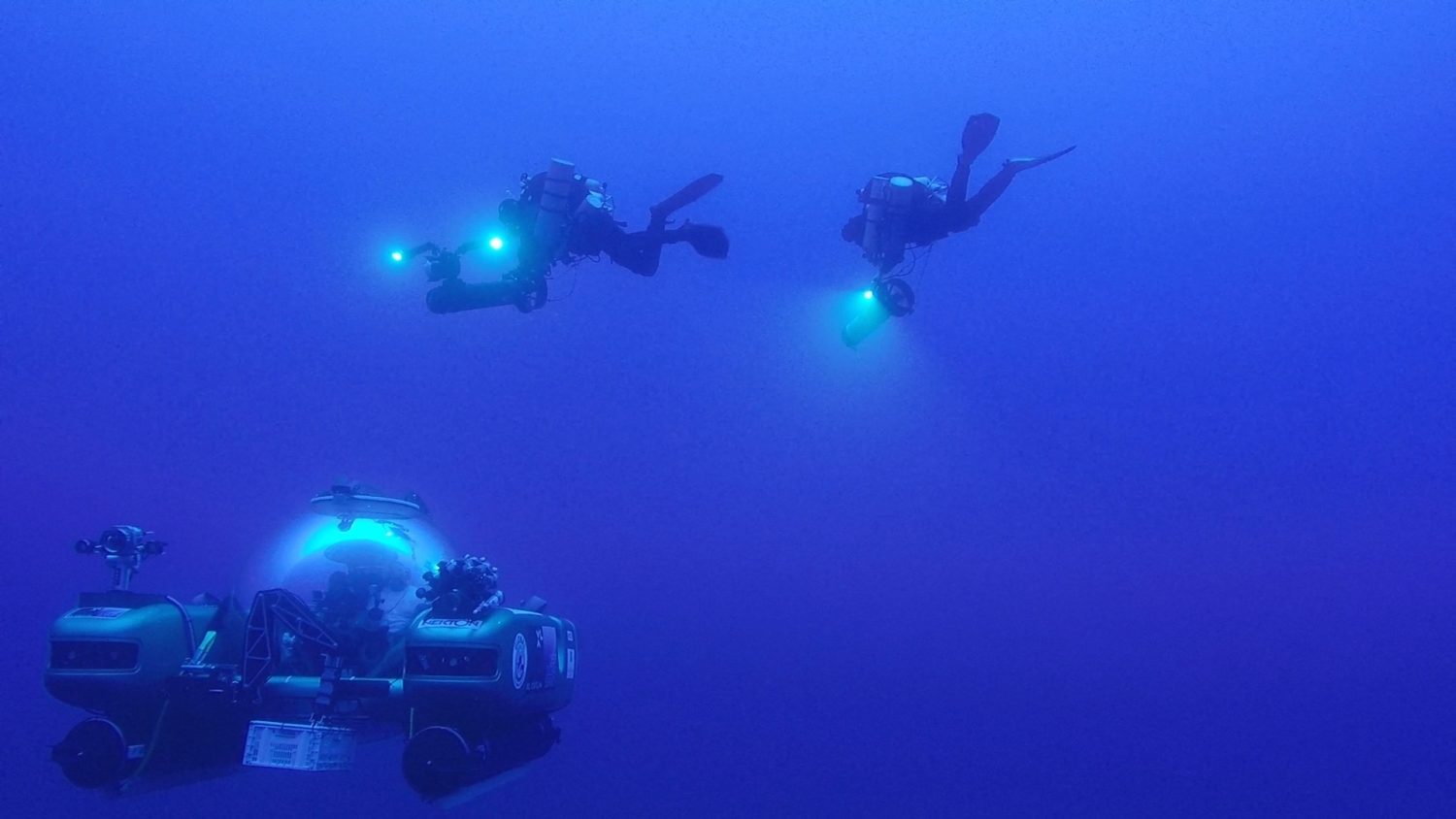