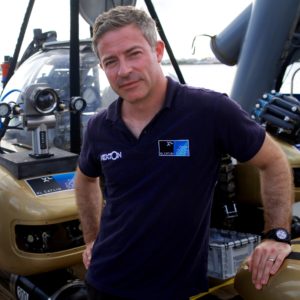 Oliver Steeds is the Founder of Nekton and leads the management and development of the organisation and field operations. Formerly he was a critically acclaimed broadcast journalist with ABC, NBC, Channel 4, Discovery Channels and others. He is co-founder of Encounter EDU including the Ocean’s Academy. 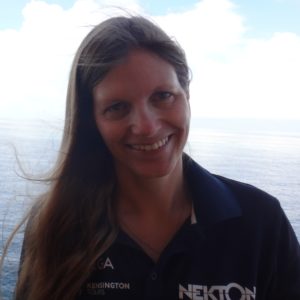 Lucy leads the scientific research at Nekton and is a Senior Research Fellow at the University of Oxford. She is a marine biologist with a passion for sharing the delights and importance of the aquatic world with global citizens. While her work broadly focuses on the processes that drive biodiversity in the ocean, she is interested in understanding the impacts of human activities on these ecosystems. She provides expert opinion on marine conservation and sustainable marine management, and is a member of many applied working groups such as the High Level Panel Expert Group for the UN on Sustainable Ocean Economy, IUCN SSC Seahorse, Pipefish and Seadragon Specialist Group and the DOSI pollution and debris Working Group and gives talks at public events throughout the year. 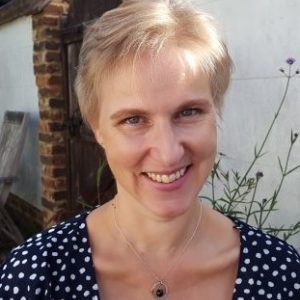 Alex is responsible for Nekton’s financial and operational management. After starting her career in practice she soon developed a taste for business and commerce and now has thirty years of finance experience spanning a wide variety of commercial organizations and industries, including advertising, publishing, retail, design, architecture and more recently capital delivery in the UK water industry and construction engineering. 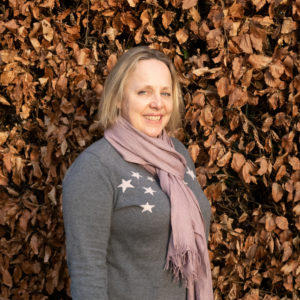 As Head of Communications at Nekton, Lisa leads the delivery and development of communications activities at Mission HQ in Oxford. Formally a producer and executive producer in television, she spent over 20 years creating content for major broadcasters, brands, news outlets and social media platforms. From working on major Emmy award winning documentary programs at the BBC to making one minute films for instagram, telling stories and making sure they are noticed has been at the heart of her career. 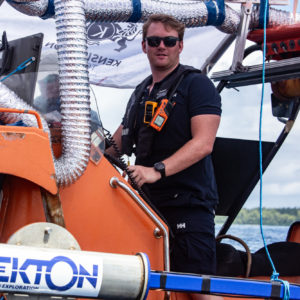 Mike is an expert in planning, implementing and leading complex offshore and subsea operations. From the North Sea to the Indian Ocean, Mike has managed large hydrographic, geophysical, geotechnical and ROV projects for clients including Orsted, Shell, BP and VBMS. He brings a wealth of offshore management experience to Nekton; and, is responsible for the safe and efficient execution of Nekton's expeditions.

Mike is also an experienced Hydrographic Surveyor and runs an offshore and subsea operations consultancy. 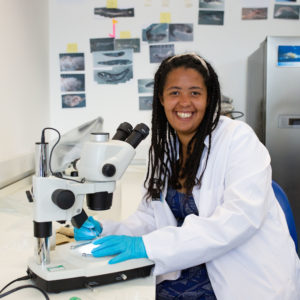 Sheena Talma is a marine scientist from Seychelles with a keen interest in learning more about how we use the ocean and the implications of overfishing marine pollution and climate change in that relationship. Sheena holds a post-graduate degree in fisheries and ichthyology. Prior to this she worked for the Ministry of Environment Energy and Climate Change in Seychelles working towards environmental sustainability. 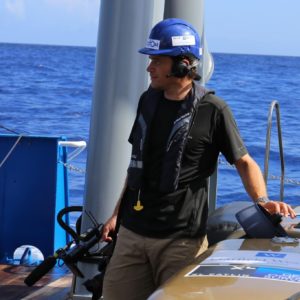 Will leads the content team and is a self-shooting producer and director with over 15 years of experience making documentaries for international broadcast. He started his career in wildlife film-making, working extensively in southern Africa before moving into Current Affairs with a specialism in challenging and hostile environments. He has filmed in over 15 countries, including Afghanistan, Pakistan, Nigeria and Somalia, and has experience in aerial filming, working off-shore with the coast-guard, military and police and in undercover work. He is also an experienced stills photographer and an avid yacht racer. 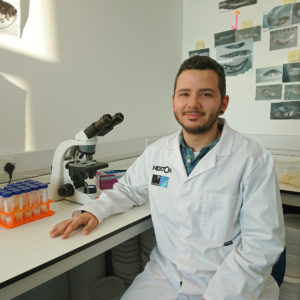 Paris is a marine biologist fascinated by the largest environment on planet Earth: the oceans. His general research interests lie in documenting the distribution patterns of marine life in the ocean and identifying the underlying environmental factors shaping those. Part of his research portfolio has included biodiversity assessments of ultra-deep underwater mountains in the NE Atlantic, shallow and deep water reef biodiversity in Bermuda, and plastic pollution in the Thames Estuary. At present, he is a postdoctoral researcher at the Nekton Research Group at the University of Oxford, and his main research focus is benthic and fish community structure and connectivity across depth in tropical coral reef ecosystems. In other capacities, he is the communications officer of the Deep-Sea Biology Society and part of the editorial team of the INDEEP/DOSI/DSBS-led newsletter Deep-Sea Life. 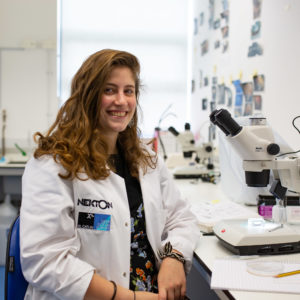 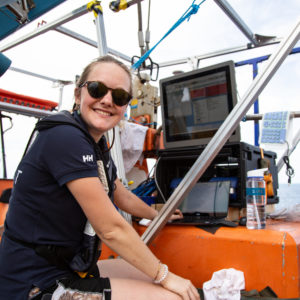 Denise is a PhD student under the Oxford-NERC Doctoral Training Partnership and is interested in using new technologies for the study of deep ocean biodiversity. Her research focuses on applying existing and developing new tools to make 3D visualisations of deep ocean environments. She uses these to study the relationship between habitat characteristics and biodiversity in the deep ocean. Denise is a marine biologist by training and previous research focused on restoration of tropical reefs and mangroves in the Caribbean and West-Central Africa. Her interest in new technologies for the environment led her to work in sustainable energy technology prior to joining Nekton’s scientific team as a PhD student. 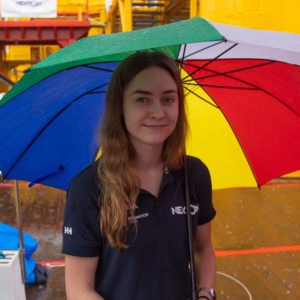 Sarah graduated from Oxford Brookes with a First in BSc Digital Media Production, she has previously worked on busy live sports productions and motion capture productions for feature films and video games. Sarah’s role at Nekton is to to grow our digital online presence by creating, cultivating, and producing content for our social media channels, website, and partners. 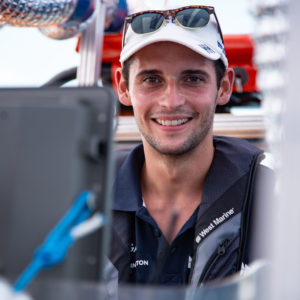 Nico is a marine biologist with an extensive amount of field experience, especially conducting all types of coral reef related research. He always had a strong interest in coral reef ecology and how extreme weather events shape our reefs. His research at University primarily focused on long term changes in coral reef communities, induced by bleaching and hurricane events. Being a SCUBA diver for over 13 years and having dived all around the world, his diving background led me to pursue a career in marine conservation. Until recently he was working for an NGO in the Seychelles where he taught volunteers different reef survey methodologies and how to monitor species diversity and reef health changes. Whenever he can he tries to create content using his underwater camera to educate people who aren't fortunate enough to be able to go diving about our oceans. 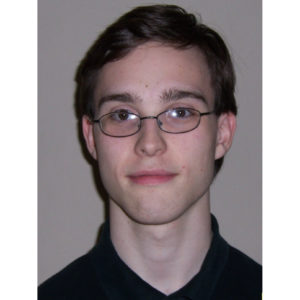 Trevor is an ecological modeller working on OcToPUS, a spatial database and mapping server, for which he is developing modelling tools for policy-makers and non-scientists. His PhD studies at the University of Strathclyde worked on modelling phytoplankton seasonality in high-latitude environments and identifying weaknesses in model assumptions. His Master's combined ecological modelling of freshwater lenses on small coral atoll islands with sociological studies of water conservation. Having finished those projects, one in the tropics, one in the Arctic, he is looking forward to applying his modelling skills across the global ocean for OcToPUS. 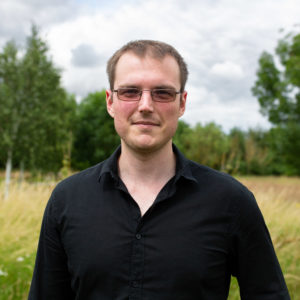 Jan is a Geographic Information System (GIS) specialist with interests in water and water environments. During his PhD at Cranfield University he worked on river monitoring methods, using autonomous boats, image analysis and 3D modelling. In his previous projects, he worked on coastal navigation systems, flood prediction systems and habitat modelling. Jan's role at Nekton is the development of OcToPUS, a spatial database and a mapping server as well as preparation of spatio-temporal analyses for oceanic research. 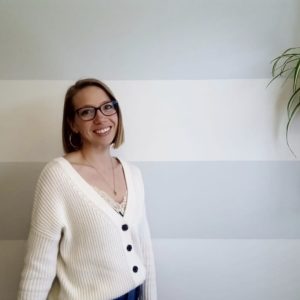 Natasha has over ten years of experience as a production manager in the media industry, working on an extensive range of productions for major broadcasters including BBC, CNN, ITV, Discovery Eurosport, and BT Sport in the UK and abroad. She has come to Nekton to manage all logistics for the current expedition in the Seychelles and Maldives