Bermuda: following presentations of baseline data and policy recommendations to the Government, Bermuda committed to protecting at least 20% of their ocean territory. Marine spatial planning began in 2020.

New Protected Areas: the Mission’s transect data from the Kelvin Seamount on habitat and species presence was utilised by NW Atlantic Fisheries Organisation to increase protection of the area.

Regional and global policy: a series of actionable datasets from the Mission were used to inform policy development including with the UN’s Law of the Sea, UN High Sea Implementing Agreement UN Convention on Climate Change and North Atlantic Fisheries Organisations.

A series of ground-breaking scientific discoveries were made include including:

Publication of the first standardized multi-disciplinary framework for marine research (piloted during the Mission) was co-authored by 16 leading international marine scientists and launched at the Our Ocean Conference in 2017. The General Ocean Survey & Sampling Iterative Protocol (GOSSIP) is now being promoted globally. 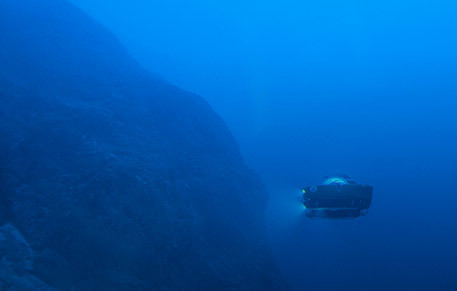