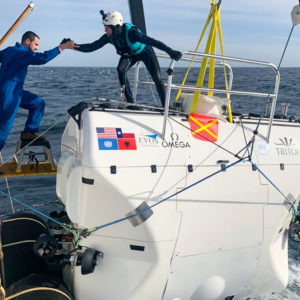 Nekton are deploying the world’s most advanced deep diving submersible alongside a dozen research tools including landers, sampling, sensor and mapping technology.

The Submersible, Triton 36000/2 – Limiting Factor – has just completed the world’s first manned exploration of the deepest point in each of the five oceans (Five Deeps) and is the only human occupied vessel that can visit any place in our oceans. The submersible is built by Nekton's partners Triton Submarines.

The submersible and mothership are owned by Nekton's partners Caladan Oceanic.